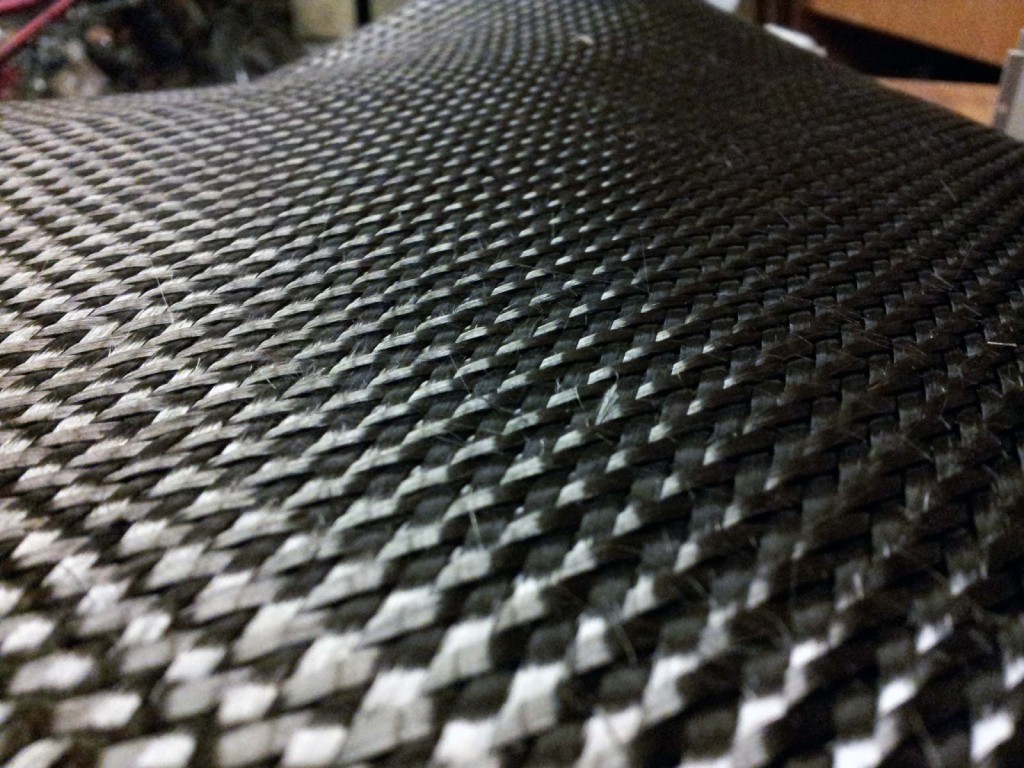 Carbon Fiber (CF) is a material composed of fibers between diameter 50 to 10 micrometers, mainly conformed by carbon atoms. These carbon atoms are linked between each other with a crystal structure, more or less oriented along the direction of the fibers. This alignment gives the fiber its high strength resistance for its volume (it makes it a strong material relatively to its size and weight). Several thousands of fibers are braided to create a string, which can later be used by itself or to wove some silk.
The properties of the carbon fiber, such as a high flexibility, high resistance, low weight, high-temperatures resistance and a low thermal expansion coefficient, make it a popular choice between aerospace industries, engineering, military applications, motor sports along side several other sports.

Structure and properties of the Carbon Fiber

Each string of fiber is a group of of several thousands of smaller carbon fibers. Each of these fibers is a long thin tube with a diameter of 7 or 8 micrometers. nowadays we can go down until 5 micrometers.
The atomic structure of the carbon fiber is similar to the graphite one, which is composed by flat sheets of carbon atoms (Graphene) placed following a regular hexagonal pattern. The difference between each of them is the way that the sheets are linked. The inter-molecular strengths between each sheets are relatively smaller,  (Van Der Waals), giving the graphite its soft and brittle properties.
Depending upon the precursors and manufacturing processes, layer planes in carbon fibers may be either turbostratic, graphitic, or a hybrid structure. In graphitic crystalline regions, the layer planes are stacked parallel to one another in a regular fashion. Carbon fibers produced from polyacrylonitrile (PAN) are turbostráticas, while carbon fibers obtained from coal-tar form the mesophase are graphitics after receiving a heat treatment of over 2200 ºC. Turbostratic carbon fibers usually show higher elastic modulus but lower tensile strength than graphitic carbon fibers.
Carbon Fiber: Structure and properties