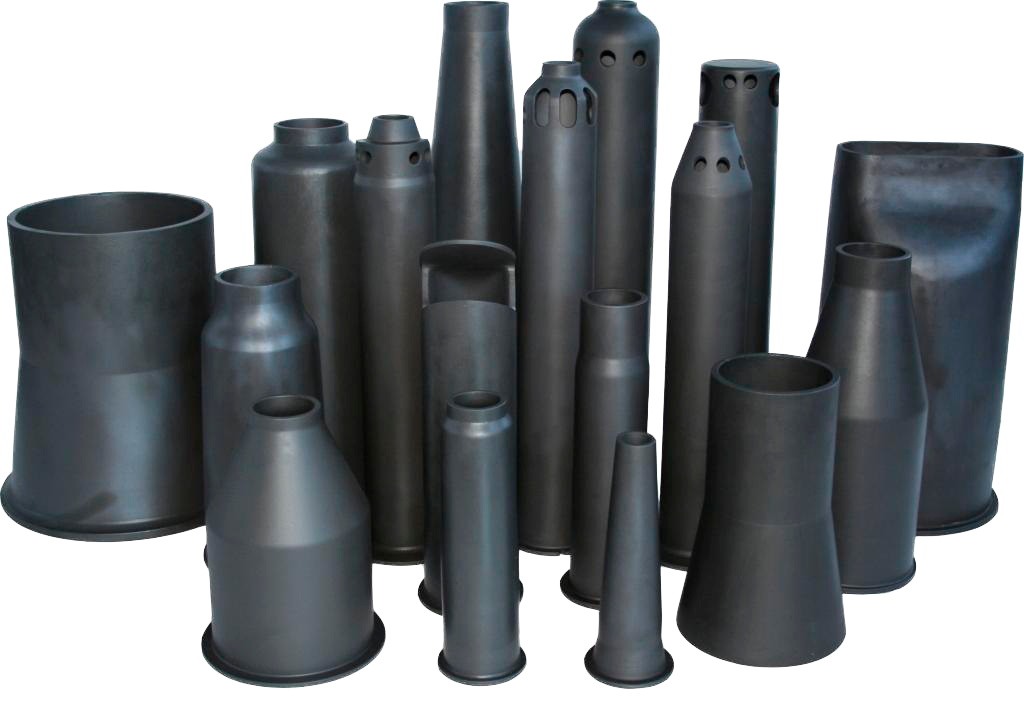 What is the Silicon Carbide (SiC)

Silicon carbide has been the most widely used material for the use of structural ceramics. Characteristics such as relatively low thermal expansion, high force-to-weight radius, high thermal conductivity, hardness, resistance to abrasion and corrosion, and most importantly, the maintenance of elastic resistance at temperatures up to 1650 ° C, have led to a wide range of uses.

Silicon carbides for structural use can be classified as: Sintered, bonded by reaction, liquid phase, and sintered solid state. SiC4 bonded by reaction is a compound of a continuous matrix of SiC having silicon from 5 to 20%, and metal that fills the remaining volume. To form this material, a powder preform containing coal is added as a powder or as the decomposition product of a resin from the carbon source, is infiltrated with silicon around 1500 ° C with direct contact or using silicon vapor. 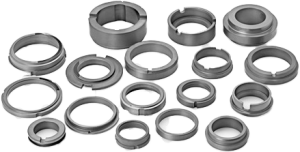 The silicon reacts with the carbon preform to form a structure that bridges the SiC. The remaining silica excess fills the residual pore space and gives a completely dense product that has structural integrity up to 1370 ° C. The silicon melts at 1410 ° C. The preform can be manufactured by any of the traditional ceramic processes. On the other hand, the low temperatures (1500 ºC) used during the linking by reaction, combined with the flexibility of size and purity of the powder, provide a good quality product with a reasonable cost. 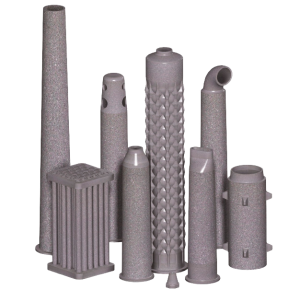 The characteristics of the elastic modulus and thermal expansion are given by the characteristics of the SiC crystal itself, and the thermal conductivity or thermal diffusivity of the silicon carbides tends to be substantially higher than those of the other structural ceramics. The combination of a high elastic modulus and moderate coefficient of thermal expansion makes the SiC susceptible to thermal shock damage. The resistance to thermal shock is significantly lower than that of silicon nitride, but higher than the structural zirconia ceramic. The behavior before thermal shock is also very dependent on the application. For example, very rapid temperature changes can lead to a preference for Si3N4 over SiC, while for moderate rates of temperature change the high thermal conductivity of SiC can lead to better performance. 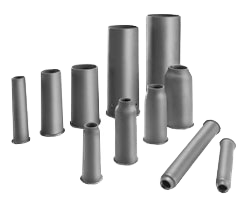 The SiC fracture resistance tends to be lower than that of the other structural ceramics which leads to some concern for the use of SiC in certain combustion engines, such as turbine rotors that may be susceptible to the impact of foreign objects. The abrasion results show good resistance to angular abrasion of the particle or mixture. SiC bound by reaction tends to be the most susceptible to erosive wear due to the free grains connected to the surface of the silicon. SiC bound by reaction also appears much less resistant to acids, alkalis, and high-temperature combustion products than single-phase sintered material. In contact with sodium sulfate, or acidic or basic carbon slag from coal gasification, SiC tends to corrode slightly. Sintered silicon carbide has also been shown to also corrode at elevated temperatures in atmospheres containing hydrogen.

They are used more for operation with wear at low temperature than for high temperature behavior. SiC applications are such as sandblasting injectors, automotive water pump seals, bearings, pump components, and extrusion dies that use high hardness, abrasion resistance, and corrosion resistance of carbide of silicon.

High-temperature structural uses extend from the rocket injector grooves to the furnace rollers and the combination of high thermal conductivity, hardness and high temperature stability makes the components of the exchanger tubes of silicon carbide heat.
Silicon Carbide

Airbus
How does an air compressor works