There are different types of industrial furnaces, generally segmented according to their type of energy and the way it is processed. 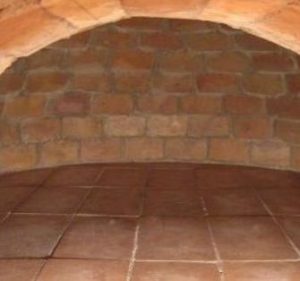 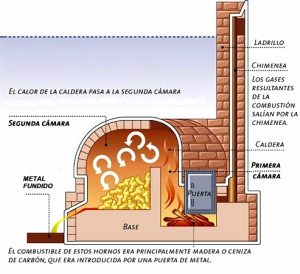 The reverberatory furnace is a type of generally rectangular furnace, covered by a refractory brick vault and with a chimney, which reflects (or reverberates) the heat produced in a place independent of the hearth where the fire is made. It is used to melt copper concentrate and separate slag, as well as for mineral smelting and refining or melting low-melting point metals such as aluminum. Such furnaces are used in the production of copper, tin and nickel, in the production of certain concretes and cements and in the recycling of aluminum. Reverberatory furnaces are used for smelting both ferrous and non-ferrous metals, such as copper, brass, bronze and aluminum. The capacity of reverberatory furnaces is highly variable and ranges from 45 kg to 1000 kg that those used for the fusion of non-ferrous metals have, up to 80 tons that the largest ones used for fusion have. 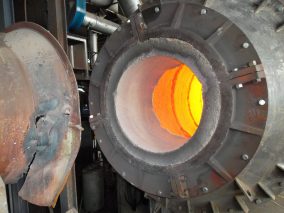 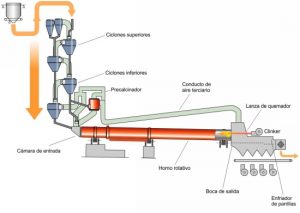 Rotary kilns are made up of a cylindrical steel casing, with a substantially horizontal axis, which ends with two structures, one at each end. The burner is located at one end and the burned gas outlet is located at the other end, which generally passes through a heat recovery system to preheat the blown air before being evacuated through the chimney. The entire interior of the furnace is lined with a refractory material. The fuel can be gas, diesel or pulverized coal. Rotary furnaces have been considered as improved reverberatory furnaces, since in addition to the load being heated by the contact of flames and gases and by radiation from the hot vault, it is also heated by direct contact with the upper part of the furnace, that when turning is under the load. This achieves a notable shortening of the melting time, since it is possible to avoid the insulating effect of the slag layer, which floats on the bath, which in the
Ordinary reverberatory furnaces make it difficult to heat the mass of the metal. The capacity of rotary furnaces for melting metals ordinarily varies between 50 kg and 5 Tm, although furnaces have been built for the manufacture of steel of up to 100 Tm. Oscillating ovens are also built that do not rotate, but only oscillate from one side to the other. Rotary kilns are used to melt all kinds of metals and alloys, such as copper, bronze, brass, aluminum, cast iron, steel, etc., and for incineration or calcination. 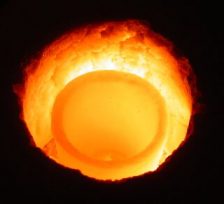 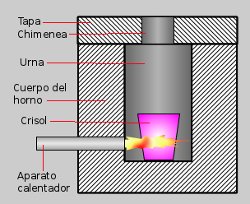 Crucibles are clay containers mixed with graphite and other substances, provided with a lid for hermetic closure, which once loaded and closed are heated in the so-called
Crucible furnaces, using gas, oil or electricity as a heating element. Melting in crucibles is one of the oldest and simplest processes for making metals, and it is still used, and probably will always be used because of the economy of its installation, especially to melt small quantities. Crucible furnaces are built for firing a single crucible, the top of which protrudes from the furnace. If the furnaces are fixed, the broth is extracted with a spoon, but tilting crucible furnaces are also built. In which the laundry is more comfortable. The advantage of crucible furnaces, both fixed and tilting, is that the load is completely isolated, and therefore its composition is not altered by the effect of the gases produced during combustion.

Electric furnaces have great advantages for melting metals, the most outstanding being the following:
Very high temperatures up to 3,500oC can be obtained in some types of electric ovens.
The speed of temperature rise can be controlled, and kept within very precise limits, with fully automatic regulations.
The load is completely free from fuel gas contamination.
The atmosphere in contact with the melt can be perfectly controlled, making it oxidizing or reducing at will, and even in some type of furnace it can be operated under vacuum.
Coatings last longer than other types. They are installed in a confined space.
Its operation is carried out with greater hygiene than that of other types of ovens.
The basic types of electric ovens are listed below. 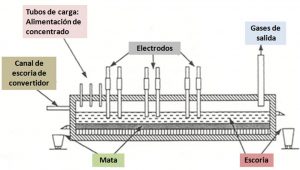 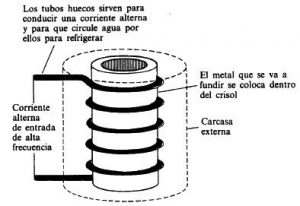 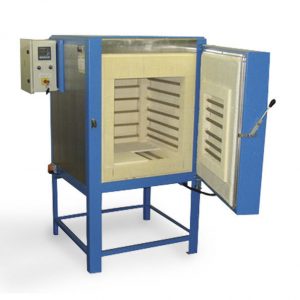