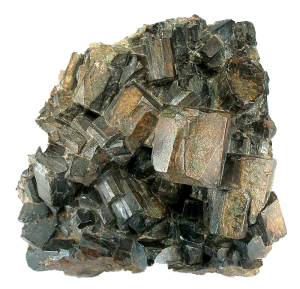 Cordierite or iolite is an aluminum magnesium silicate. Its formula is: 2Al4Si5O18 where there can be variable proportions between iron and magnesium.

Cordierite´s name is due to the French mineralogist Louis Cordier, who discovered it in Níjar, Almería, Spain. Its pure color is bluish violaceo, but thanks to its pleocroism (multiplicity of colors depending on the diffraction of the light), a yellowish-white appearance is conferred on the final commercial product. Its large grain gives an aspect of “compacted sand” to the touch once sintered. 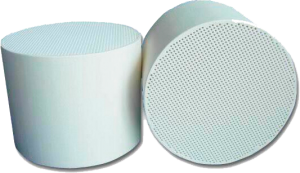 There are two major fields of use of cordierite. The first is that of catalytic converters, whose membranes develop by aligning the cordierite crystals along the same axis. This prevents the thermal shocks faced by these catalysts from being destructive to their membranes.
It is this same property of resistance against thermal shock that assigns another very specific application, that of supports in high temperature processes such as sintered, annealed and tempered. These processes are very hostile for most of the ceramic supports on the market, which after a few cycles suffer from fractures and end their useful life in a very percipitated manner. 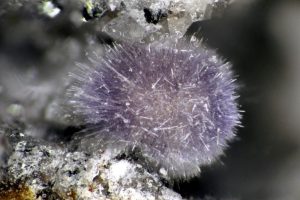 Mullite or porcelainite is a mineral belonging to the group of neosylates. It can be presented in two stoichiometric forms: 3 (Al2O3) 2 (SiO2), or 2 (Al2O3) SiO2

The name of Mullite is due to its discovery, among clay sediments, on the island of Mull, in Scotland. In its pure state, its appearance is crystal needles, which agglomerate in a cottony manner. Its appearance in the final product is hard porcelain, being similar in appearance to a high purity alumina. Its small grain gives it structurally high density and a fine finish. 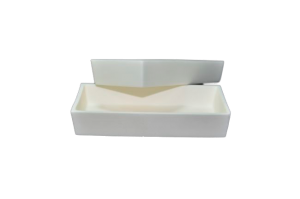 The mullite has two large groups of applications, based on two of its main features. On the one hand its hardness, allows it to be used as a basic component for abrasion, for specific applications of high hardness. On the other hand, its resistance to high temperatures makes it a perfect refractory material, both as a contribution to ceramics or clays to improve its properties, and to work as a refractory in its synthetic form.
Cordierite – Mullite